February 2022
It’s Analog news time.  Good news, all positive, like that newspaper we used to have here in the South West Kingdom, ‘Sam’s Good News,' which we lovingly re-named 'Sam's Pretty Good News', because "Good" seemed a little ambitious.  Sam’s folded, which I blame on the mixed messaging.  His editorials were increasingly unhinged, full of typos and rants about personal vendettas.  But the columns were filled with solid, upbeat content:
Rosa’s 93rd birthday at the VFW, come by and wish her luck at bingo.
Poultney Devils play the Granville Horde, lose by 2 points, everyone goes out for ice cream after the game.
Poultney Brass Band to add new popular music to it’s summer concert series: songs by Glenn Miller and Artie Shaw will be featured, sure to please younger audiences.
Not much happens here.  The population has hovered around 3200 for the township for the past 120 years.  People still live on roads named after their family even though a whole century has passed.  A big move would be moving from East Poultney to Poultney, a distance of 2 miles.

And we're about to embark on such a move.  In the past three years, Analog has gone from a basement in Frederick, Maryland, to a small 16 x 20 off the grid sugar house in East Poultney.  We added two additions to the sugar house, then our buddy Mike Morris built the "hippie shed" out back (dubbed thusly because he scrounged up all the material and built it completely out of recycled/free materials).  ‘Round that time, Mark was living in a wall tent, either freezing or sweating buckets.  Last spring, buddy Adam offered up a small woodshed and some garage space for our use just about 1/8th of a mile up Hillside Road.  We kept the sugar house as a show room, and moved the workshop to the woodshed.  This winter, it became obvious that we had outgrown the wood shop, and needed at least 100% more space.
In a basement in Maryland: What the sugar house looks like now, well not right now, about 6 months ago: Bad photo of workshop digs one month ago: I put in a call to the owner of the Journal Press building in downtown Poultney.  The Journal Press building is over a hundred years old and has been home to a wide variety of interesting enterprises throughout the years.  A short list, by no means complete:  newspaper printing, letter press printing, mini-golf, bowling, chain mail fabrication, candle making, a pharmacy, a coffee shop, a yoga studio, artist studios and a high school.  Chuck set us up in the basement.  We moved the workshop in there this January.

There was also an opening on the ground floor level. And we reckon it’s the best retail spot in town: tall tin ceilings, wood floors all patched together, the scars of an old building who has seen a lot, wood shelving, huge windows, right next door to Taps Tavern, the list goes on.
Our future retail home: Select photos from the basement of the Journal Press Building: this is literally where I (candice) am sitting right now We, of course, have mixed feelings about leaving the sugar house.  Give up the only off the grid bike shop location in the US?  Lose the charm of the sugar house?  Pay rent?!?  In the end, we believe the move is for the best.  Downtown Poultney really needs some love and we figure if we can help kickstart a revitalization, even in our own weird way, that’s a positive thing.
So! We’re moving our retail space into the old pharmacy.  That’ll happen over the next few weeks-month.  We’ll do a grand opening party thing this spring, don’t worry.  And don’t worry about the sugar house, we have plans for it, and the old Analog HQ will still be party zone for rides and events, camping, all that good stuff.

Here are a few other things to get on your radar.
Rutland Cold Rolled 2022 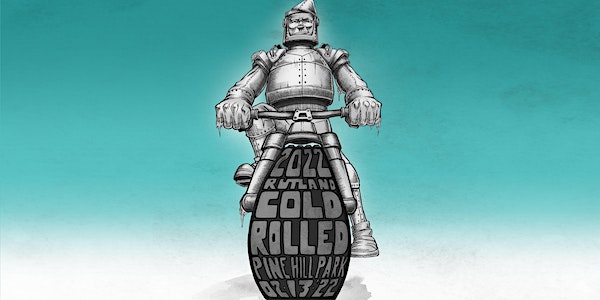 This is  a fat bike event taking place in Rutland, VT at Pine Hill Park 2/13/2022 9am-2pm. We'll be there vending, and I (candice) and some buddies will be helping with leading the rides. Check out the registration here! 4"+ tires required, I think they have a link to somewhere you can rent a fat bike if you don't own one.

The Fifth Season Ride and Race. As you might know, the "fifth season" is mud season, the transition between winter and spring. We go through a daily freeze thaw cycle where the temps rise above freezing (to the 40's and 50's), and the sap starts to flow from the roots of the Sugar Maples up the trunk to the branches.  Driveways turn to ice skating rinks, the dirt roads turn to peanut butter, and the ice fishermen play chicken with each other to see who will stay out on the lake the longest.
Mud season is also the kick off of the sugaring season. Every March, Poultney holds Maple Fest, where all the local sugar shacks open up for the public. Folks drive around to sample syrup, maple sausages, maple fried dough, and to see the inner workings of the sugar houses.
The Fifth Season Ride and Race harnesses the warm sugary strength of Maple Fest.  There are two event options: a casual ride and a nonsensical race. The ride involves a 20-ish mile dirt road ultra casual pace, with stops at sugar houses and a hunting camp for pancakes and coffee.  The race is a pointless race where riders sprint from sugar house to sugar house, consuming syrup shots and eating sugary foods as part of the race.  After the ride and race, we’ll head back to the old Analog HQ for beers and hot toddies.  Camping is available, if you are like cold weather camping.  Registration is very affordable!  Head to BikeReg to sign up!

Tanglefoot Cycles news:
If you didn't know it, we few at Analog are also the people behind Tanglefoot Cycles. And we’re down to our last few large and small Moonshiner frames.  A decent supply of mediums remains.  The next round of Moonshiners is at least 1.5 years out, so if you want one, snag it now. Tanglefoot Hardtacks are coming in very very soon, having already landed in NYC.  If you are looking for a new ATB bike, the Hardtack beckons: 27.5 x 2.6 or 29 x 2.2 tires, high stack for running dirt drops, off road rated frame and fork, high bottom bracket. You can reserve one on our website. Lastly, we’ve updated our revolving secret sale list with lots of new stuff.  Plenty of decent to insane deals on there, with items ranging from chainrings to rims to hubs to frames.  Check it out here.